Alexander von Humboldt is a German sailing ship originally built in 1906 by the German shipyard AG Weser at Bremen as the lightship Reserve Sonderburg. She was operated throughout the North and Baltic Seas until being retired in 1986. Subsequently, she was converted into a three masted barque by the German shipyard Motorwerke Bremerhaven and was re-launched in 1988 as Alexander von Humboldt. In 2011 the ship was taken off sail-training and sent to the Caribbean for the charter business, then she was converted to a botel her sailing days over for now and is currently stationed in Bremen, Germany 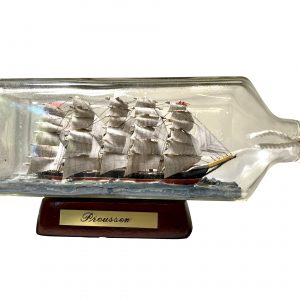